The Lytle family has been active in funeral service in Madison, Indiana since 1920 when Andrew Lytle and John Gans opened the Lytle-Gans Funeral Home in Madison. Some two years later, Mr.Gans left the partnership and formed his own funeral business.

In 1948, after Mr. Lytle's death, his son, Markt A. Lytle, returned to Madison to assume the leadership role. He operated the funeral home until his untimely death in 1966. While presiding over a city council meeting as Mayor of Madison, he was stricken with a heart attack and died a few hours later.

Mrs. Ruth Lytle, Markt's widow, operated the funeral home under an emergency license granted by the Indiana State Board of Funeral Directors and Embalmers until her son, Markt Lance Lytle finished high school and mortuary school and could run the family business.

Over the years, the name of the firm has been changed to reflect the transitions, and from 1989 until 2002 was even renamed Lytle-Gans-Andrew Funeral Home after Mrs. Lytle's purchase of the competitor's business.

Markt Trevor Lytle, the fourth generation Lytle, purchased the funeral home in June 2004, once again placing the business under Lytle family ownership after a period of about eight years.  The name was changed to Lytle Funeral Chapel.

While extensive redecorating to the interior and remodeling to the exterior of the building has been done, care to maintain the charm of a 1830's era Federal Classic Revival building in beautiful downtown Madison, Indiana was achieved.  Furthermore, the fact that the second floor serves as the Lytle family personal home allows the funeral home to have a true "home-like atmosphere" in the public areas.

Another landmark day came on January 5, 2016 when a third location was added to the firm.  The Wood-Oakley Funeral Home in Milton, Kentucky, just across the Ohio River from Madison, was purchased from Wilma (Wood) Oakley.  The 90+ year old firm is now known as Lytle Funeral Homes and Cremation Service, Wood Oakley Chapel.

The staff of Lytle Funeral Homes and Cremation Service invites you to stop in or call anytime with inquiries about the full range of funeral and cremation services offered.

"Our Family Serving YOUR Family" 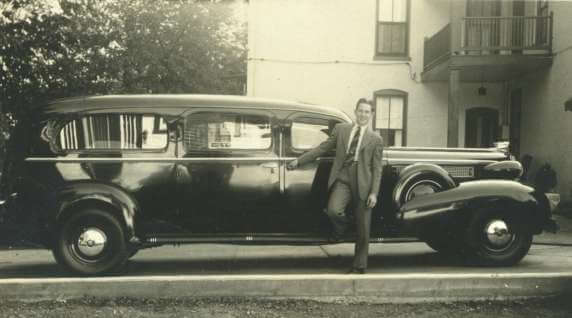